Charlie Ergen is not as well known as many of the legendary blackjack players but he does have a peculiar history with card counting. He is better known as a CEO of a company called Dish Network, which sells satellite TV systems. For this article though, we will learn about Ergen as the professional gambler of Las Vegas and how he played blackjack at casinos in Las Vegas. 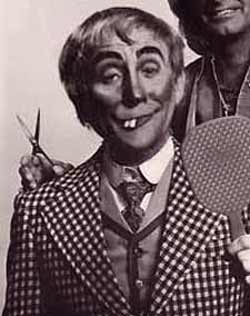 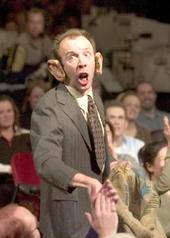 He is not as well known and does not play on the same experience level and caliber as almost all of the greats. There is some trouble finding photos of Charlie in his early blackjack career. The first photo on the left is an extrapolation and a good "guesstimate" of what he probably looked like in his early career (this could actually be him). The picture in the middle is a photo of Mr. Ergen that we found on Google and the last picture is what Charlie looked like recently.

Charlie was born on March 1st of 1953 in Oak Ridge, Tennessee. His father, William Ergen, was a nuclear physicist and worked at the national laboratory at Oak Ridge. His mother was Viola Ergen, a retired manager of business at the children's museum in the same city. Charles wasn't much of a blackjack player for most of his life. He tended to do more business related things and attended the University of Tennessee, Knoxville for his a bachelor degree in arts. Later on he went to school at Wake Forest University for his masters degree in business administration and was also a member of the Phi Gamma Delta fraternity.

It was only after he graduate did his blackjack history become more popular. Charlie Ergen once worked at Frito Lay as a financial analyst but also played professional blackjack during the same time period. He was known for his card counting and gambling with his buddy, Jim DeFranko. They would go to casinos around Las Vegas and try out their skills at the table.

Unfortunately, their gambling career failed when they got caught card counting and were thrown out of the casinos in Las Vegas. Instead, they founded Echostar Communications along with Echosphere and Dish Network. Ironically, Jim DeFranco became president of Dish Network and Charlie was CEO. Sadly, Charlie Ergen became the 34th richest person in the world with a net worth of over $9 billion dollars and was banned from various casinos around the country because of card counting. We may never get to see how good Mr. Ergen really was at blackjack.