Stanford Wong is a long time expert and player of blackjack. He is known for his famous books and computer software for analyzing the mathematics of the game and studying probability odds. Wong has also participated in blackjack tournaments on live television and has been shown on other TV shows giving expert advice as well. There is one thing for sure, this man is extremely intelligent when it comes to statistics and mathematics. He is so good at this game that he was inducted into the prestigious Blackjack Hall of Fame. 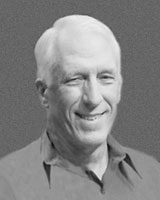 Stanford was born in 1943 in the midst of World War II, but this was not always his name. His original name used to be John Ferguson at the time of his birth. The first games that he played was tic tac toe at the age of 6 years. Unlike most of the other kids of his age, he spent time strategizing this game to find the best possible moves to make. This all paid off at the end since he never lost a game of tic tac toe, which is an impressive feat for a person of any age. When he grew older, be began building an interest in blackjack and card counting. He was only 12 years old when he began practicing how to count cards and begin studying the books and using a calculator to find percentages and expectations for certain moves.

Wong still had to wait until he was 21 before trying out his skills at the casino. Interestingly enough, in some states, people can go to the casino and gamble at the age of 18 as long as they don't drink alcohol. Since you have to be 21 years old to drink, this is pretty much the only reason minors under 21 are not allowed into the casino unless there is a specific state law. Upper Michigan for example allows 18 year olds to gamble and play blackjack but they are banned from the bars and drinking.

Once Stanford Wong (John Ferguson) was of age, he officially became a professional gambler in 1964 and was earning an undergraduate degree at the school from Stanford University at the same time. In later years, he was studying to earn his PhD in Statistics from the University as well. It was around this time when he decided to change his name because of a nickname that one of his friends gave him. He replaced his first name "John" with "Stanford", which was the name of his University. Then he changed his last name "Ferguson" with "Wong", which is a common last name for an Asian. This was chosen as a way to capture in some sense the "mystique of the Orient". Believe it or not, when one hears the name "Stanford Wong", they usually think of a scholarly Asian guy. In fact, Stanford Wong is actually a normal looking white guy as shown in the photo above! Maybe this was what they meant by capturing the essence of the Orient?

Wong eventually earned his degree and became a member of the faculty and furthered his skills in blackjack. He would play in Las Vegas, Nevada where they had Vegas single deck blackjack, which actually gives a card counter the best odds. The problem later on was casinos started cracking down on card counters and trying to reduce the edge that they could make so they started to use four decks of cards in a shoe instead. The calculations he did for a single deck were not the same for a quadruple deck so he had to do some more recalculations and come up with a new formula with complicated statistics. This was necessary to continue to find a good edge against the house. 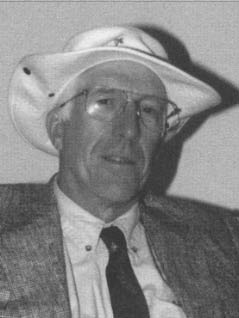 Later on, he began working with computers and developed programs and formulas to find probability percentages and a strategy for the new four deck games that were now being phased into the casinos. He published a book in 1975 called "Professional Blackjack", which was the first of many other books he would eventually write. This first book was very successful and he earned a great reputation. In fact, many experts have sometimes called this book "the bible of blackjack" because of how good it really was.

The Stanford "Orient" as an author of "Professional Blackjack"

Wong actually wrote at least 15 other books about topics ranging from video poker, craps, Pai Gow poker and books about gambling in general. Some of his blackjack related books were "Winning Without Counting" in 1980, "Basic Blackjack" in 1992 and "Blackjack Secrets" in 1993. Some of his other related books were "Tournament Blackjack" and "Vegas Downtown Blackjack". He also owns the publishing house that goes by the name "Pi Yee Press", which again seems to have essence of the Orient in the name. Stan is also known for developing a famous but complicated card counting system called the Wong Halves Count System, which he described in his book as well.

This still is not all, Standford Wong also has his very own personal website at bj21.com. This website is actually one of the most popular blackjack sites online. Another internet site that is not related to blackjack is at sharpsportsbetting.com, which is his very own sports betting gambling site. It may come as a surprise though that Wong actually does not play blackjack professionally anymore. Apparently he no longer needs the money and has mastered the game so well that there are no longer motivating factors as there once was when he was younger and the game provided a good challenge for him. Finally, he is one of the original seven inaugural members inducted into the Blackjack Hall of Fame in 2002, which is pretty much the largest achievement in blackjack history.