Another one of the greatest blackjack pros of all time is Al Francesco. This is the man who pretty much started up the concept of card counting blackjack teams and the "Big Player" concept used by the MIT team, which was also seen in the movie "21". He also helped Ken Uston, another legendary player, get into the system of blackjack teams. Although, there was some heat between the two men and major controversy in the gambling community.

Al got started in professional gambling and blackjack at a relatively early age of 19 years old. He lived in Gary, Indiana and played gambling games and a game called "Greek Rummy", which was a type of draw poker variation. Al started to get very good at the game and tended to win very often at this game as well. He was winning close to $5000 each year for a few years. One interesting fact was $5000 was a lot of money during his time. In fact, this was equivalent to the same amount of money and salary one could make working at an average day job during this time period.

Then Al got into blackjack around 1963 after reading a book called "Beat the Dealer", authored by Ed Throp. He had never been to a real casino until this time and he moved to California after reading this book and learning about the Ten Count system, which is one of Ed Thorp's card counting systems described in the book. Unfortunately, he was not successful during his first time trying out the difficult system and left the casino within 20 minutes because of a headache. Instead, he decided to concentrate and study the system in detail after he got home. Practice truly does make perfect and after he got the system down, he was able to count cards and beat the dealer in blackjack. Eventually he got caught and started getting barred from casinos and decided to give up the game for 8 years before trying again.

After this 8 year period, he got back into the game after learning about the Advanced Point Count system, which was another card counting system brought up by Lawrence Revere. It was not a problem beating the dealer or anything, but he kept getting caught by the casino and thrown out. So he decided that he needed a better way of playing the game without getting caught and then came his "Big Player" concept and the strategy of using blackjack teams as a better way to make the game beatable.

Francesco's most famous idea was the "Big Player" blackjack team or (BP) concept. Like the movie and in many books, teams meet up at the casinos and usually each person plays at a table and keeps track of the count. When a table starts getting hot, this player will make some kind of signal to the "big player" to come to the table and make high roller bets to take advantage of the high card count. This was an excellent strategy because it wasn't just one player betting low and then suddenly betting high when the count got high, which was actually an obvious tell and sign that you were a card counter. Using Al's strategy, each person would be betting the same fixed value all night long and it would not be as suspicious to the casino.

The way he set up the team was quite organized. There were 7 players on the team where 6 of them were on the tables counting cards and there was only one big player that would be signaled when the table got good. All members used the Advanced Point card counting system from Lawrence Revere and the players on the table counting would bet the table minimum and appear like average low-rollers while the big player would come in looking like a typical rich high-roller. Nothing looked out of the ordinary or suspicious to the casino and this was a genius system set up by Al Francesco. 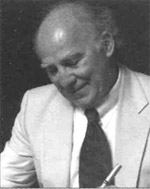 There was a great story about Francesco at the Lake Tahoe Casino. He set up his team to appear like part of his family. It was Al, his brother and sister and his brother in-law. It was much like a disguise or an act that they made up. They made it look like they were just sitting around at the casino waiting for a reservation for dinner. So his brother would just play low stakes blackjack with minimum bets to pass the time while Al and his brother-in-law would just have a conversation at the table. The brother would bet $1 on each bet and then $5 when the count got very high. This was still well below the table maximum. When Al seen that his brother was making the larger $5 bet (which meant the count was high), he would casually throw in a $100 bet. When the count got low (when his brother bets $1), Al would just stop playing and chat with his in-law.

They would do this for about a half an hour and then head out to dinner. Since Al would appear like a high roller, the pit boss would insist that he stay and keep playing. This just shows the mastery and genius of Francesco outsmarting the casino. He manipulated the pit boss into thinking that he was just some tourist that really didn't understand the game and was carelessly gambling without knowing any harmful strategies against the casino.

Ken Uston and his book that gave away Francesco's secrets

Ken Uston, a great player, became friends with Al and joined his blackjack team. After a short time, Ken was able to become the big player and became successful. Uston even published a book called "The Big Player", which was one of the most famous blackjack books of all time in 1977. He wrote about all of Francesco's ideas, systems and strategy on how to successfully beat the casinos in blackjack. There was a huge problem with doing this though. Al's systems were virtually unknown to the gambling industry and casino business. Essentially, Ken exposed the great secrets and the casinos caught on to Al and his team because of this book!

Al was once able to make millions of dollars by hiding his secrets and staying under the radar. Now he was caught and barred from most casinos after everyone knew about him from Uston's book. Still, this was not the end of Francesco and his teams. Later on sometime about the 1990s, he decided to get together with Arnold Snyder to create a new straight card counting blackjack team. This new team name was called CRAPS but unfortunately, it was not very successful and they didn't win much.

Not everything went bad because of Ken's book. Many gamblers despised Uston for breaking out the secrets and this obviously damaged his friendship with Al, but Al was always known as a gentleman and decided not to hold a grudge against Ken. Because of the book, Al became one of the most famous and respected blackjack professionals in the world. He essentially made history and it was his ideas that lead to the birth of the MIT blackjack team, the Czech team, the Hyland team and the Greeks team. They all used his skills and ideas to become successful.

He was also elected to become one of the original inaugural members of a select group in the Blackjack Hall of Fame in 2002. Being elected is one of the most prestigious accomplishments in the sport of blackjack. After the 90s, he retired and decided to get into banking in California and enjoyed spending his days with horse racing. By the way, Al also goes by the names Frank Salerno or Frank Schipani.